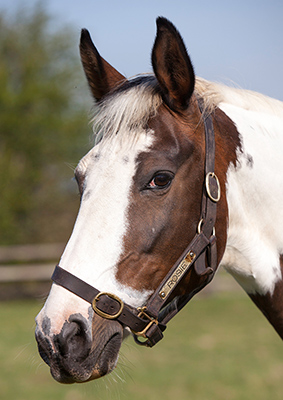 Rosie has a gentle disposition and is a calming influence on her fellow mares.
If the herd  becomes nervous, calm will return once Rosie is there.
She is a fine looking mare from good German stock and, as a homozygous mare, she passes on her coloured genes to her top class foals.
Rosie was bought in England by Hasenacher Stud in 2014. At that time, she had the filly foal Lilly by her side and was in foal to Spiridon.
Aran, a skewbald colt, was born in 2015. In 2016 she gave birth to a colt foal by the thoroughbred Dansant. Dansant, who had been racing in the colours of Barbara Keller, was a six time Listed winner, placed in Group races, the highest level in racing.

Today 30 June 2020 we say ‘Good Bye!’ to our beautiful 19 year old broodmare ROSIE by SEMPER (SANDRO Z). ROSIE has given us 5 fantastic foals:
6yo mare LILLY by SAN RIANT
5yo gelding ARAN by SPIRIDON
4yo gelding BERNARDINO by DANSANT
3yo gelding CHILLI PEPPERS by CHILLI MORNING
1yo mare ENGIADINA by DIARON

She will from now on enjoy the huge paddocks and the free life at beautiful Haras Vaucoulmin in France, together with our other retired broodmares MOLLY and DAISY.

We look after all of our horses – while they are at stud as well as in retirement. For us, this is our moral duty and we hope ROSIE will have many happy years ahead of her. Happy Retirement, dearest ROSIE! Thank you for everything! 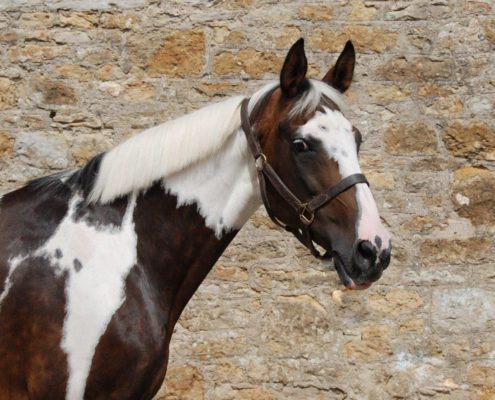 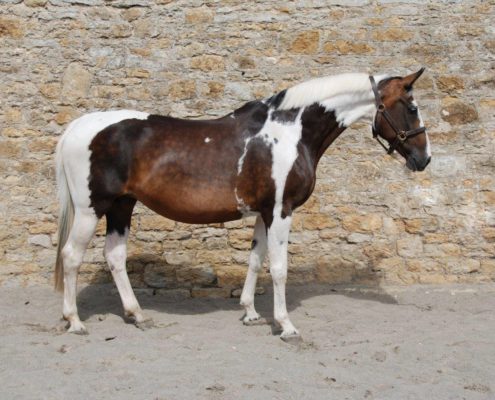 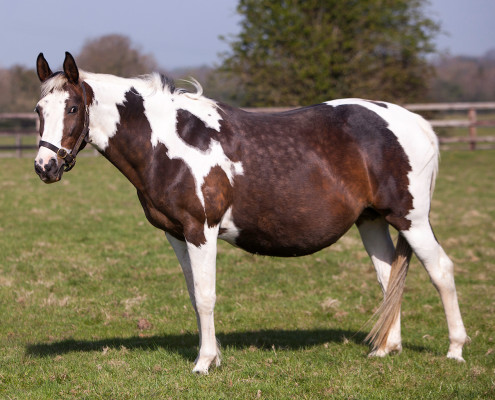 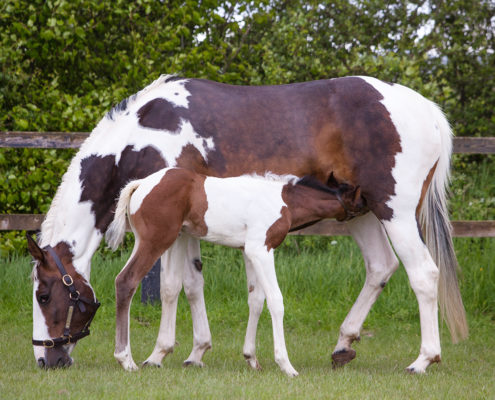 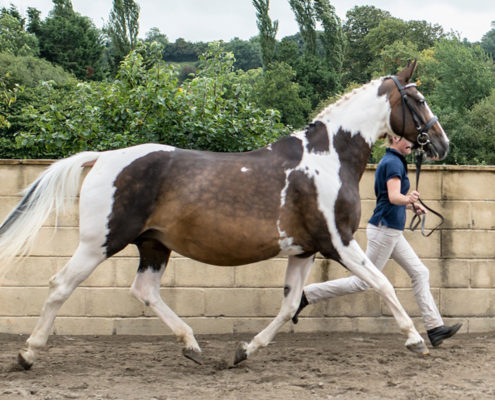