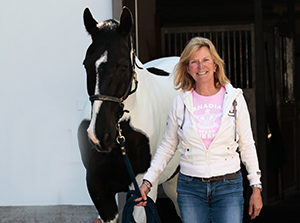 Barbara Keller is the owner of the Hasenacher Stud. As the director she also holds the reins in all matters relating to the company. Barbara Keller grew up with horses and brings extensive experience to Hasenacher Stud, experience she gained first hand in years working in well known stables and studs across the world.
In the early 1970s, she rode thoroughbreds for the stables of the leading Swiss racehorse trainer, Hans Woop. She then rode out for racing stables in both England and Ireland, before working in New Zealand preparing yearlings for auction. Barbara then moved to Australia, where she worked as a groom and track rider to Bart Cummings in Sydney, Melbourne and Brisbane. This legendary trainer entered racing history as “The Cups King”; Cummings-trained horses have won the Melbourne Cup – “The Race that stops the Nation” – a record twelve times. In 1981, Barbara Keller moved to Ireland to Troytown Veterinary Hospital in Kildare under the legendary Stan Crosgrove. Cosgrove was not only highly respected as a vet, but also as Manager of the Moyglare Stud for AMAG founder, Walter Haefner.
Barbara then took over her own management position and was Co-Manager of Ireland’s Cleaboy Stud until 1992. An international thoroughbred stud, Cleaboy included among its stock a number of horses from Prince Ahmed Salman’s Thoroughbred Corporation. Its yearlings sold at top auctions thanks to a reputation for being strong, good horses. Vaguely Noble, outstanding winner of the Prix de l’Arc de Triomphe in Paris, grew up on the limestone soils of Cleaboy Stud in the 1960s and later became a leading sire in thoroughbred breeding.
Barbara then returned to Switzerland, where she devoted herself to organizational matters. For over a decade, she was responsible for international relations for White Turf, St Moritz, and became the first chairman of the Swiss branch of the international charity Right To Play. 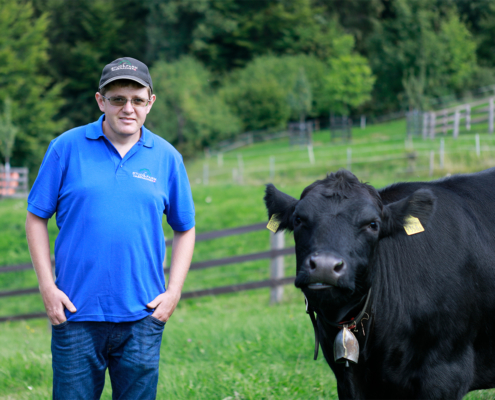 The love of animals was handed down to Christian Keller by his parents. Today he finds his true passion in cattle and agriculture. Christian Keller is the co-manager of the Hasenacher stud farm since he joined the parental farm in 2017. His focus is on animal-friendly rearing and extensive animal husbandry. This includes the production of their own roughage, the care of the large fruit tree stock and the sale of their own Hasenacher pasture beef. He places great importance on the development of new sales channels and direct marketing of the high-quality Hasenacher products. 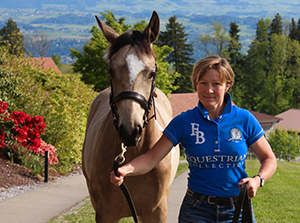 Edie is Manager and Horse Master of Gormanstown Stud, our Irish Partner Stud. An expert in several equestrian sports, she is the breeding adviser of the Hasenacher Stud. 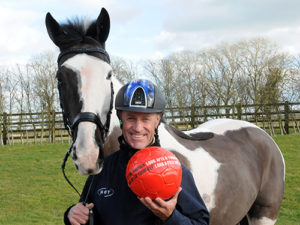 Andrew is a three times Olympic Team Gold medal winner and one of the most experienced riders in the eventing world. His horse Right To Play’s Jack Sparrow is the four-legged Ambassador of our charity Right To Play. 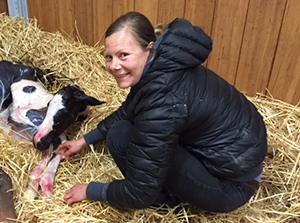 Marjaana holds the important position of Stud Groom. She is a graduate of the Equine College in Ypäjä in Finland, one of the most renowned institutes in the equine world. Marianna has worked in leading international showjumping stables for over fifteen years.